As a background: in Spring 2017 the JIN Guidelines were produced (‘Judicial Insolvency Network Guidelines for Communication and Cooperation between Courts in Cross-Border Insolvency Matters, see www.supremecourt.gov.sg/docs). According to Justice Kannan Ramesh (Supreme Court of Singapore) the JIN Guidelies have been approved (as per June 2017) by seven ‘common law’ courts, including the US Bankruptcy Court for the District of Delaware, the Commercial Court of Bermuda, the US Bankruptcy Court for the Southern District of New York and the Chancery Division of the High Court of England and Wales.

The territorial reach of the JIN Guidelines is limited to some 10 jurisdictions. For use on a global scale, in 2012 the ALI-III Global Guidelines for Court-to-Court Communications in International Insolvency Cases were published (for the text see www.iiiglobal.org).

As authors of the ALI-III Global Principles of 2012, professor Ian Fletcher and I recommend them for use in other regions or by other states as well, and in this context we welcome the decision of the Board of Directors of III, which was discussed 19 June 2017 during the 17th Annual Conference of III held in London. An additional reason for III to highten the awareness of the ALI-III Global Principles and Guidelines of 2012 lies in the furthering of European rules for general civil procedure. The European Law Institute cooperates with UNIDROIT (The International Institute for the Unification of Private Law) in an attempt to create European Rules of Civil Procedure. The ELI-UNIDROIT project builds upon an instrument produced jointly by the ALI and UNIDROIT, its Principles of Transnational Civil Procedure of 2006, and aims at the regional development of those Principles.

In our ALI-III Global Principles 2012 Report, Fletcher and I in several instances took inspiration from these ALI-UNIDROIT Principles. A wider familiarity with the ALI-III Global Principles and Guidelines 2012 may therefore support convergence between procedural matters in civil proceedings and insolvency proceedings respectively. On a personal note: the principal author of the ALI-UNIDROIT Principles is Geoffrey Hazard (prof. em. Univ. of Pennsylvania School of Law), who in 2005 asked me to become a member of ALI, and to serve as co-author of what has resulted in the ALI-III Global Guidelines of 2012. 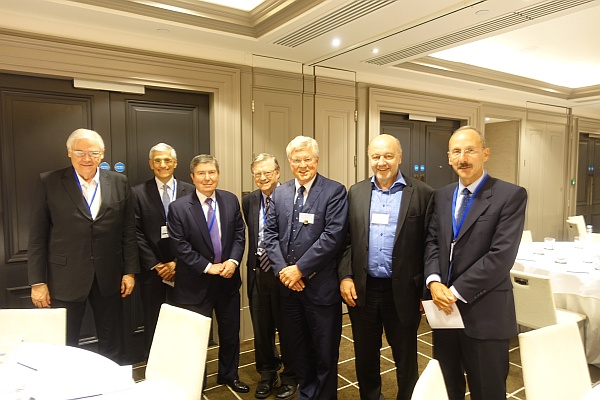 previous2017-06-doc8 Standard forms for use under the EIR Recast
next2017-07-doc3 Does District Court Midden-Nederland lead the way?