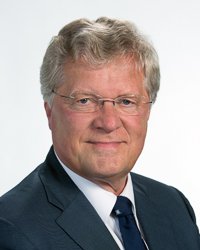 2013-2019
Member of the Joint Board of Appeal of the three European Supervisory Authorities (ESAs; ESMA, EBA and EIOPA respectively);

2014-2015
Chair of the International working group to assist the American Bankruptcy Institute (ABI) in its programme to renew U.S. Bankruptcy Code’s Chapter 11;

2011-2014
Chairman of the Netherlands Association for Comparative and International Insolvency Law (NACIIL);

2004-2007
Member of the Ministry of Justice’s Committee to renew the Dutch Bankruptcy Act;

2004-2010
Director of the Board of International Insolvency Institute (III).

Over 45 years of business law experience, include 13 years as a partner of (predecessors of) Ernst & Young, in Amsterdam and London, including a global managerial function. I was one of the founders/partners of HVG Law (attorneys and civil notaries) in 1992, with five offices in the Netherlands and two in USA (New York City, Chicago).

From 2005-2017 I have had my own independent (international) legal practice, acting as expert witness (over 10 times in courts in the USA, UK, Belgium, Poland, Switzerland, Greece, Austria, Ireland) and as (international) arbitrator, mainly in the area of general contract law, restructuring and insolvency law.

On matters of business rescue and insolvency I served as consultant to IMF (Indonesia), World Bank (Georgia), the U.S. Federal Reserve System (Fed) and the Dutch Ministry of Justice.

Emeritus professor of International Insolvency Law, University of Leiden, Leiden Law School, The Netherlands (2007-2014). Prior to this Leiden chair, I was Professor of Civil and Commercial Law, Vrije University in Amsterdam (1988-2008). I retired from academia in 2014.

I have been the first Commerzbank Visiting professor at the Institute for Law and Finance, Johann Wolfgang Goethe University, Frankfurt (2003). Other visiting professorships included University of Pretoria (2004), St. John’s University, New York (2006–2011), Riga Graduate School of Law, Latvia (2008–2012). In 2011, I served as INSOL International Scholar for Europe, and in 2016 as External Scientific Fellow at the Max Planck Institute for Procedural Law, Luxembourg.

From 1991 to 2016 I supervised twelve PhDs students in their PhD research into the degree of Doctor (in Law). These included a student from Estonia and two from China. Five or six of these PhDs were funded by external Dutch institutions for the development of legal research (unrelated to the respective Law Faculties).

In the academic years 1993-1995 I was chairman of the Department of Private Law Vrije University, Amsterdam, to which department at that time around forty lecturers and researchers were affiliated.

My defence of my PhD in an area of the Dutch law of obligations took place in 1988. My legal graduation dates are 1974 (general civil law) as well as 1977 (civil law notarial law).

I have published hundreds of articles in leading legal journals and haven written some thirty books, including seven of which were written in English with professors, judges or insolvency practitioners from China, Germany, Spain, the UK and the USA.

On balance, over a period of almost 15 years, I have cooperated fairly intensively with around 200 people (judges, legislators, professors and other academics, lawyers in legal practice and accountants) from around 40 jurisdictions.

I am also the single author of Wessels Insolventierecht (Wessels Insolvency Law), a 10 Volume series in Dutch, which started in 1999 and presently is in its 5th edition.

You can find a complete list of all publications in Dutch and English here.

You can also find me on: linkedin.com/in/bobwessels.